I have rituals every day that I make routine because life works in patterns and rhythms. One of those is incorporating music that brings me to the right place in my past, and no music gets me more pumped than the early 90s Death Row gangsta rap. 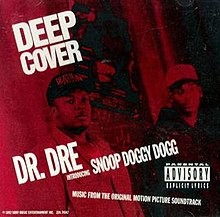 I usually listen to Gin & Juice, G-Thang, Big Poppa, New Jack City, Let Me Ride, It Ain’t No Fun If the Homies Can’t Have None, etc. when I want to get pumped up for a big meeting, trade show or just to get my kime going (Japanese samurai term). The genre and songs from that era are deeply rooted in my adolescent development (which my Dad didn’t like at the time) and “Pookie” was my favorite character—Chris Rock’s breakout role as a crackhead

. I loved the movie and soundtrack for “Deep Cover,” which is when I fell in love with the hip-hop genre. 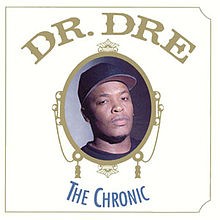 Then on December 15th, 1992, Dr. Dre’s “The Chronic” swarmed the suburban vanilla landscape like a Mongolian horde. Unless you locked your kids in your basement, there would be no way to keep them from listening to what was extremely controversial lyrics at the time. I was a basketball fanatic, had talent at a young age and preferred the blacktop courts on the west side of the tracks where we would jaw, get in scrapes and battle! The west-side pickup courts were in stark contrast to the leisurely beach activities (sunbathing, beach volleyball and surfing) that many of my neighbors, who lived on the “right” side of the Intracoastal Waterway in my hometown, New Smyrna Beach, FL, participated in.

That summer after your sophomore year is a critical year for talented players looking to ascend to college hoops. I was 6’3″ (same height as now), 165 pounds, and was about to traverse a jungle with unbelievably talented aerial predators (Vince Carter) and behemoth big men (Trey Thomas – Philly Eagles) along with other amazing athletes in early 90s Volusia County athletics. That summer G-Thang was put on repeat while we would run 5-win sets and play 12+ pickup games per day. I love that song, still do to this day and I’m listening to it as I write this.

Fast-forward to the quasi-adult that I was in 2015 when I used to listen to NPR and 96.5 talk radio in the morning on my way to work. I would also watch Brett Baier (we’re both DePauw University alumni), which is mostly hard news with final opinionated commentary and then finish with specific segments of “The O’Reilly Factor” because he asks hard questions, even though I felt many of his comments were very sanctimonious.

My morning commute and those three programs amounted to 4-5 hours per day, and I found myself using the information I ingested for uninteresting political debates with co-workers and friends at taverns. Looking back on the way I operated back then, a lot of that was me naively thinking I was bettering myself when I was ingesting genetically engineered and scripted content designed to elicit an emotional response in my brain (dopamine hits).

In the digital junkyard that is now the internet, it’s easier to gather information than it is to find your nearest water source. Are you closer to a computer or smartphone than a sink right now, huh? Both are necessities and a part of our everyday survival, but we need to monitor what mass media we ingest. I doubt anyone reading this would drink from a rain puddle or retention pond, and we should all be cognoscente of what flows into our bodies because that information is implanted on our brains like a spring break tattoo.

To try and possibly keep up with local, political and current events news is exceptionally cumbersome and mass media is much different from the NBC/CBS/ABC that monopolized the airwaves when I grew up. The advertisers and mass media conglomerates aim to get you addicted though positive and negative stimuli.

I was finished imbibing in digital refuse once I started down the road to self-improvement. One of my favorite things to do on my way to work is rap various Snoop and Dre songs from my past. I get a meditative effect out of it, a positive energy boost and I come up with some of my best ideas while rapping in my SUV. What it also does is hone my ability to talk and think concurrently.

When I concentrate intensely and I’m dedicated to the cadence, I can speak (rap), think and listen (verbally and non-verbally) in unison. This acute awareness of my surroundings and the ability to pick up on outside conversations while other people think I’m the one talking can be an extremely effective way to extract information. Another way I intensify awareness of my surroundings while I’m talking and thinking is non-verbal cues, and many people let their guards down here, especially when they feel you are engaged in talking—they give away tells and this will be discussed in a future article.

I incorporate music into my daily routing to prepare for a day that is typically tactical, strategic and intensely analytical. I don’t just listen to Snoop and Dre; they’re only one component of a scripted catalog of songs that I utilize for various emotional trigger responses throughout my day. On my way to Muay Thai sessions where I’ll be sparring, I listen to Dr, Eminem, and upbeat 80s songs—I love Heart and Genesis. After Jose kicks my ass for an hour, I play Red Hot Chili Peppers, Diana Ross, Gladys Knight, Def Leppard and Celine Dione. I play her the most; she’s fantastic. Go ahead make fun of me, I’ll come back with something wittier

. I like to find ways to rest my mind so when I walk into the Colosseum, I’m prepared to put a gladius sword in a tiger’s heart. When you peel back the layers,  most are the paper version.

I’m done casually and randomly ingesting digital content, pixelated free radicals and unscientific rants. This consumption is taxing on the human brain, designed to create a stress response and is addicting our children on mass level. Please see the definition of mass media: noun, plural. Any of the means of communication, as television or newspapers, that reach very large numbers of people.

The goal of mass media is to create parrots and what people don’t understand is that there’s one aviculturist at the top who controls the aviary. If you mirror the masses and the way they ingest data that subconsciously leads to opinion affirmation, collective thought and collective opinion.

My recommendation is to find something to give your mind a break from ever-flowing waking digital consumption. Look at it like the rooms in Vegas with the blackout shades—how nice, right? Use music (listening or playing an instrument), meditation, intense exercise, reading (audible or traditional), even sensory deprivation float tanks (I’ve never tried) or writing—my way to unplug and my new passion—which is strange because I’m on a computer! I think this so important because we don’t want future generations of every blue-eyed parrots under the spell of the Night King.

In conclusion, find an emotional tool that gets you dialed in and laser focused for your day (adolescence is a great place to start), don’t do what you think other people think you should do and always be strategic in what you ingest in your brain.

If you were an NFL player, pro fighter or long distance runner would you gorge yourself with unwholesome junk food right before a big game, fight or race?