How to Battle Financial Giants and Triumph

In competitive business and life, you will inevitably end up tussling with a larger opponent who has more resources and is more aggressive. In ancient times, it was the country with the largest or most adept army that would triumph. In modern times, the equivalent of a Roman legionnaire is a bank account with a lot of zeros— that’s why they call it a war chest.

I perpetually hear the same story repeatedly, where an aggressor rolls a patsy through sheer intimidation, with little to no action taken. There are two scenarios I will discuss in the article. Bullies look for an easy victory by implicitly threatening their pigeon’s way of life.

Unfortunately, most people don’t have the resolve or inclination to take on giants.

When implementing this typically post-deal tactic the aggressor will say:

“I know you think I owe you X, but (insert an impotent argument as to why they don’t owe you as much). I will pay half, 25%, etc. If you have a problem with it, I will bury you in attorney’s fees and slowly gut you financially.”

To quote Robert Green in “33 Strategies of War,”

“The best way to fight off aggressors is to keep them from attacking you in the first place. To accomplish this you must create the impression of being more powerful than you are. Build up a reputation. You’re a little crazy. Fighting you isn’t worth it. You take your enemies with you when you lose. Create this reputation and make it credible with a few impressive—impressively violent—acts. Uncertainty is sometimes better than overt threat: if your opponents are never sure what messing with you will cost, they will not want to find out. Play on people’s natural fears and anxieties to make them think twice.”

To compete at the foremost levels in entrepreneurialism, surrounding yourself with the best advisors, especially your attorneys is mission-critical. You have to pay for the best and it can be an expensive part of doing business. If a lawsuit is costing you $350-$500 per hour and you are suing an aggressor for $12,000, they recognize the rapidity of the burn rate. They think you won’t waste energy, time and effort.

In some cases, aggressors assume lethargy against certain individuals and personality types, only to realize the backlash wasn’t worth the fight. They come away damaged and typically recompense after significant wasted mental energy.

“Giants are not what we think they are. The same qualities that appear to give them strength are often the sources of great weakness.” ― Malcolm Gladwell, David and Goliath: Underdogs, Misfits, and the Art of Battling Giants

In this article, I’ll teach you how to battle bullies, combative cutthroats and large, aggressive organizations. Confronting aggressors is a two-front perpetual battle that involves deterrence and counter-strike preparation. These tactics should only be employed after careful consultation with trusted mentors and will only be effective if the following conditions are in place: 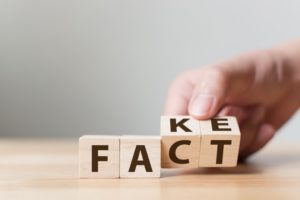 1) Your stance, when shared with multiple trusted colleagues, will not diminish your reputation and tarnish theirs.

2) Your opponent is indebted to another organization, person or public persona or ethical archetype. 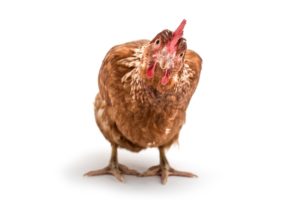 Bullies like the easy win, they want to press the bounds and see if they can take your lunch money. In adult commercial real estate, that is tantamount to cutting your commissions. The best way to avoid financial bumps and bruises is to deter conflict altogether. There are a couple of different tactics, but the easiest one is reputational contamination. Their reputations are typically decimated from their own chickens coming home to roost. I’m not a saint, but I don’t have selective morals and do not exploit those weaker than me for financial gain.

Giants and execs in large organizations do not elude direct conflict, knowing they have unlimited resources and in-house legal. Bob Cobb (my alter ego/the maestro) or a small business cannot possibly beat a national company with in-house legal or an ultra-wealthy pilferer. 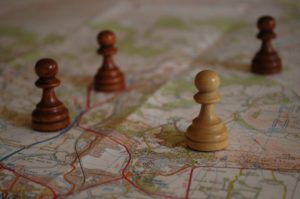 In corporate squabbles, the money dispensed does not come out of their pocket or affect their compensation. To the wealthy-covetous, it’s a trivial amount of money and a numbers game to both aggressors. The more people they roll, the more high-fives are are given out when they analyze the bottom line. In both cases, your opponent is a person. Identify key persons, find their thumbscrew and take action. Intermittently as leaders, we are sometimes impelled to initiate Psy Ops, against bullies—I call it dark chess.

The truth hurts. Talk about what happened.

Reputation is everything in business and direct engagement with veiled threats such as “we will never do business again with your firm,” or, “you have to make this up to us next time,” do absolutely nothing because business tyrants hear that kind of noise regularly.

Research them, figure out who are their key relationships and infiltrate those. Send an industry colleague to make a call to a key subordinate and say “do we need to worry about getting paid from Company “X” “V” “Y”, etc.?” When the monetary bully realizes that you can influence people in a sphere outside the unilateral negotiation bubble, self-preservation will kick in and they will relent.

Deferential, passive or appeasing actions never lead to victory or influencing people—ask Neville Chamberlain. His policies and pandering to the Third Reich only emboldened Hitler to wreak mayhem on the world and lead to an estimated 75 million to 85 million deaths globally during WWII.

It’s unfortunate, prevalent and inevitable that as a small business owner, exploitative tactics will be deployed at you. Business is shrewd and people will step on your throat financially if you let them. Your perception and reputation should be that of a lion. As stated before, sycophants look for easy wins and shortcuts. Let them know that you will take it to the mat. Getting entwined with you will be messy, grueling and nasty. When in this progressive-legal-combative modus operandi you will do whatever it takes, while still adhering to your ethical archetype, to win or inflict as much reciprocal damage on them as possible. Once they realize your resolve, they will move on to the next pushover. 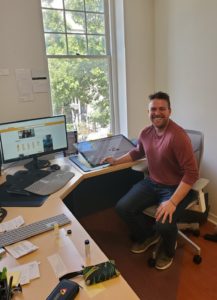 As an entrepreneur and small business Principal, I made a conscious decision when I started my own company in 2014. I promised myself and my partners that I would never back down from an aggressor cutting us down—unless it’s a tactical retreat. I have battled giants, bullies and aggressors in business with these tactics. I despise them and hope this empowers my readers, friends and colleagues to counter-strike. BE READY! The next bully in the sandbox might be eyeing your fiscal toys.